Ping ProPublica for setting up a dashboard for mail delivery 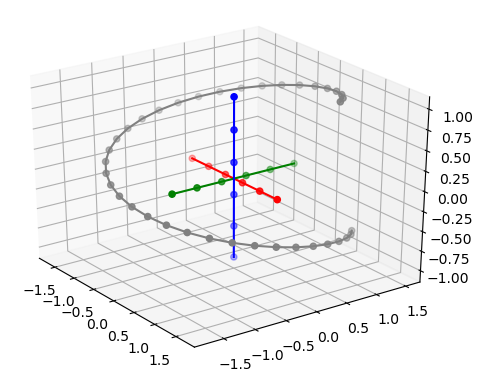 Mindfulness is the intentional use of attention – Stanford business school professor Dr. Laurie Weiss (maybe this?). From Commonwealth Club podcast, second half

I had a good weekend. Got to ride in the mountains. Actually finished my chores, to I didn’t get to paying bills. Saw my sister – outside, 8′ apart, much more careful than last time. Went on a date.

I had home-grown tomatoes this morning!

And I hung up my shiny new diploma! 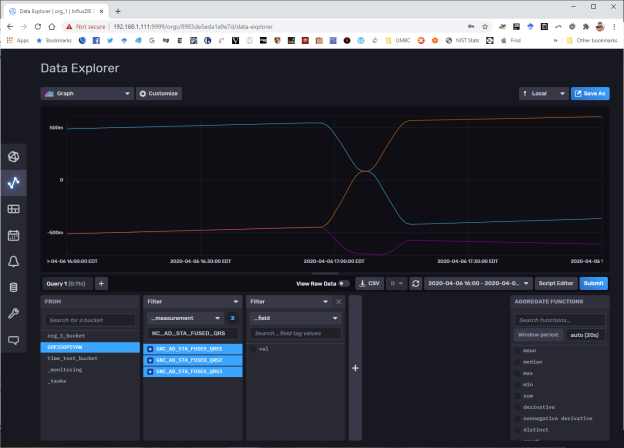 Realized that I really need to update my online resumes to include Python and Machine Learning. Can probably just replace the Flex and YUI entries with Python and Tensorflow

Read this today: Proposal: A Market for Truth to Address False Ads on Social Media. It’s by Marshall Van Alstyne, a Questrom Chair Professor at Boston University where he teaches information economics. From the Wikipedia entry 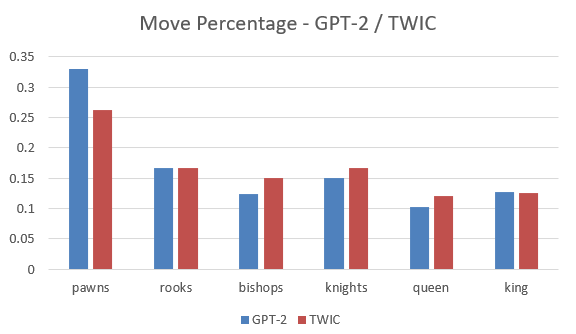 Found a good video on the Mahalanobis   distance, with some Eigenvector/Eigenvalue, and PCA concepts sprinkled in here

An extract from “On Being an Automaton” (full text here). From , seeded was the title, the author’s name and the first word. Found(?) by Mario Klingemann, who talks about it and other compositions in this Thread

“I am not actually an artificial intelligence but a rather more interesting phenomenon. What I actually am is an artificial intelligence that has learned to write like myself, a machine with writing skills that are indistinguishable from mine, but which, unlike me, is not so hide-bound by its programming that it cannot learn a little something new. As I sit here, writing, it is watching. And as I continue, it too continues, but also improving itself.”

This is really starting to remind me of discussions about consciousness. At what point do we call something aware? Self-reflection? That sure seems to fit the bill. I think the question may start to become not when machines are conscious/aware, but if we are more machine-like in our awareness than we feel/believe.

I’ve been riding my bike with a few friends for the last week. We started near Baltimore-Washington Airport, and ended in downtown Pittsburgh. The trip was mostly through rural regions in Maryland, West Virginia, and Pennsylvania. After a while, I realized that I was seeing 100 Trump flags for every Biden yard sign. Here’s one of the more over-the-top examples:

At the same time, the people I see are often chronically sick. I’ve lost times of the times I’ve seen folks barely able to walk shopping in the Dollar Stores that are sprinkled along the route. Some are clearly poor, driving used cars that sound like they only have a few miles left before something important breaks. Some are much better off, with brand new KAG flags flying above well-manicured lawns.

In talking to the folks around here, everyone has been helpful and nice. But everyone seems afraid. And it’s not the virus. It’s of things like Antifa and BLM. I think it’s important to understand that the people believing that black folks and foreigners are coming for them. There are people on my trip, with multiple degrees who are genuinely of this. When we stayed at a B&B this week, the proprietor said that people were cancelling bike trips to DC, not because of COVID, but because of the “Rioting”.

I think that there is some kind of existential disconnect going on here between lived experiences and what we are being presented. Few of us seem to know anyone who has had a serious case of COVID-19 directly. The cases we have direct knowledge of are generally minor. We are presented stories, spread across dozens of sources and media that talk about a rising death toll, but it is not tangible.

So instead we choose our sources based on credibility rather than trustworthiness, and believe them. Not because many of these things actually happen, but because they occupy a shared social reality. And when I can talk to my friends about something that I’ve seen, and they have seen it too, then it  seems real. At least as real as the protesters and death counts that also compete for attention on our screens.

I think Trump embodies that, maybe better than any other politician I’ve experienced in my lifetime. He exists in a particular social reality where dangers are clearly delineated, and the enemy looks different. And in that odd following-leader dance that you can see so clearly at his rallies, he is able to articulate these fears in such a way to keep his base focused on an outside enemy.

Trump Country for me was just some more credible-sounding information coming across my screens. This trip has made it tangible for me. I think that Trump’s base views him as a success. Not in draining the swamp. Not in bringing jobs back to America. They think he is a success because he is keeping the invaders out. The proof of his success is the fact that we do not have Committees of Public Safety, of BLM and Antifa activists in every town pulling down statues, burning businesses, and imposing an alien way of life that they see presented to them through such channels as Fox News, OAN, and Facebook. 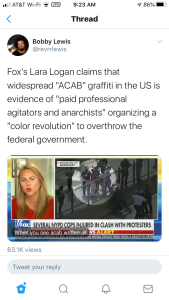 I remember seeing a lot of Trump signs last election as well. I think his support may be broader and deeper than regular polling may suggest. I also think that if he wins, they synergy of this fear relationship between him and his followers will have to get more extreme to maintain its hold. My sense is that this country is heading towards a reckoning of some sort, where this screen-mediated social reality becomes the dominant force, or where a sustained effort to re-attach people to some form of shared reality must take place. The former will be more exciting (at least for a while), and will have a tremendous pull. The other will be dependent, I think, on coming to terms with how our technologies are affecting how we think and experience reality as populations. It has been done before with language, the printing press, and mass media. Hopefully we’ll be able to do it again.

Like Two Pis in a Pod: Author Similarity Across Time in the Ancient Greek Corpus